Lutz Braun and thereby his work have long been affiliated with scandinavian painting, not only because he has studied with Per Kirkeby, but has grown up surrounded by the imagery of Edvard Munch, later also Asger Jorn, and has, since his earliest childhood, frequently been travelling to a rural Swedish/Norwegian border region: a rough terrain, wind-ridden, and full of scattered lakes of various sizes, covered with rocks and forest, swarming with insects, and, since recent times, a home again for bears and wolves.
There is a light in his drawings and paintings which is rather strange to european art. Certainly, there is no light emitting from any nationalistic idea, and thus, one has to take a closer look at the material origin of these works. Lutz has been using and re-using found, used, prepainted and sometimes joint pieces of material, since the late nineties. To be able to see surface structure and have it correlate with the creative process, he has often applied transparent primers. As a result, the surfaces absorb a great deal of light and make the works look old, gloomy, neglected and altogether uncanny. In a psychoanalytic sense, these characteristics, combined with strong figurative articulation, connect with a narrative and atmosphere of trauma and fear, while politically, they open up to a broader view of impending doom: There are experiences of alienation, abandonment and homelessness. There is a threat of ecological catastrophe, and persecution, possibly even destruction of the individual as a political subject.
Lutz has been travelling quite a bit. Most outstanding in his ventures is a hike (or maybe a march ?) from Berlin to Cologne which took five and a half weeks. During this trip, he has not spent a single night inside a house, not even in a regular, but a self-made tent out of felt, foil and string. Inexpensive reasons he gave were something like being "close to nature" or trying to survive "on the road" and with very little money. Closer friends of him however, knew that he wanted to be on his own, left to himself, and was even flirting to indulge himself in complete disappearance. The latter he didn't continue, but he has become aware of his deep sympathy for the utter rejection of an idea as a curse peculiar to the German language. It is called "Heimat". 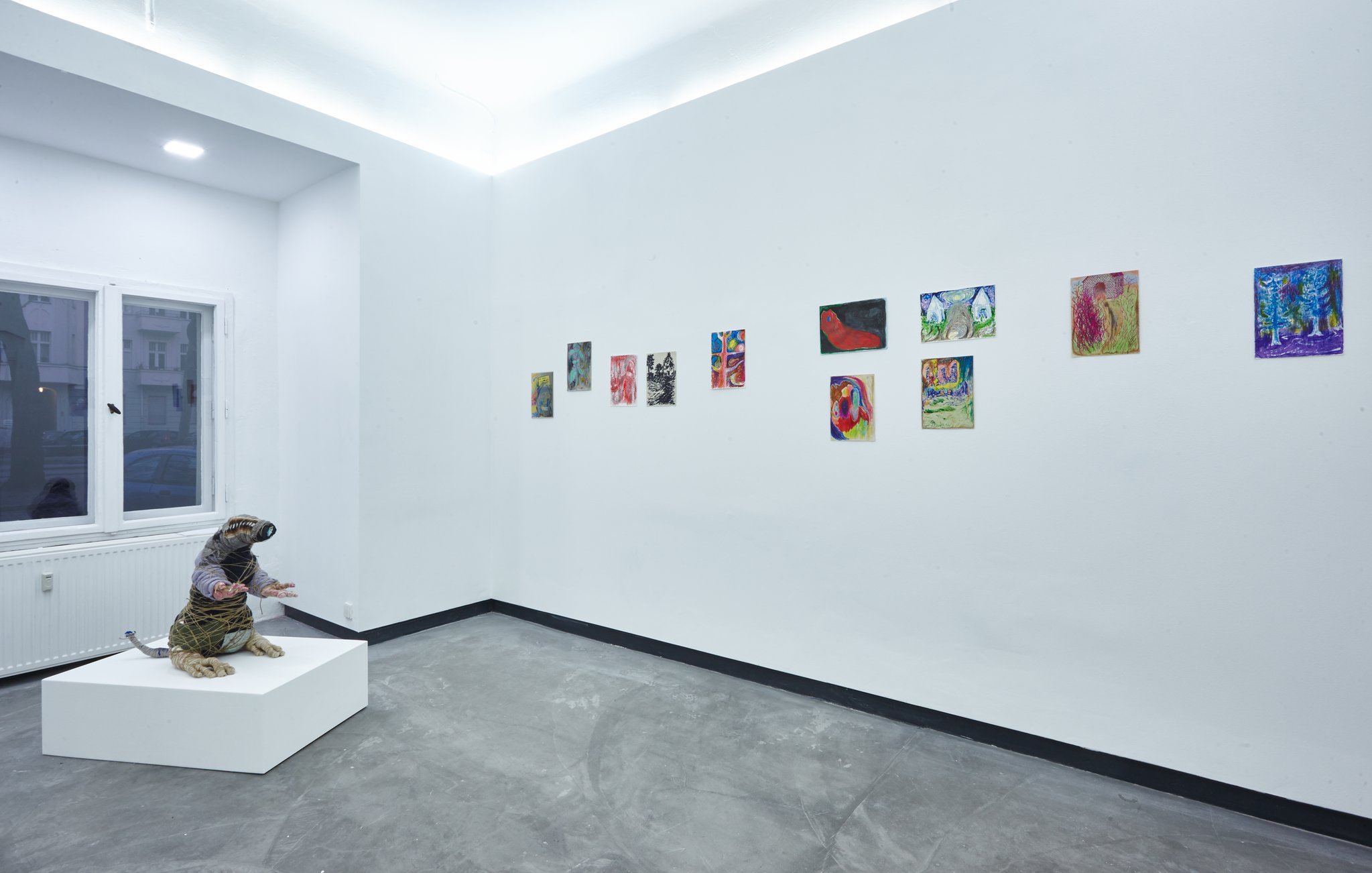