Salon is proud to present OOOh, its inaugural exhibition featuring work by Scottish artist Stephanie
Mann and Germany-based Patrick Sellmann.
Both Mann’s and Sellmann’s practice is rooted in sculptural principles. Where one explores the object
in relation to itself, the other makes earnest attempts of verisimilitudes from memory, unintentionally
distorting ‘reality’ in the process. Both artists explore the general form of the object. One focuses on
what he sees and creates his own interpretation. The other examines the found object, a playful
dissection of the form. Both searching for the Apeiron.
Sellmann aims to recreate what he has seen a glimpse of. Twenty-five minutes of a random television
cartoon turn into numerous versions of the character he has seen, the Form manifested tenfold,
colors and characteristics reproduced but given new agency by Sellmann. He creates and creates, a
dedicated maker who produces an abundance of work in a mania to manifest what he has at most
glanced at.
Mann explores the essence of the object. Letting it be, playing with association and setting it free.
“The egg is quiet and never discusses her formation decisions” she tells us in A Conglomerate of
Voices Rise Up Like Hidden Steam. The apple follows its informed instinct. Who or what decides what
things look like? They themselves in a hidden process perhaps? In Still Life on Face, she does exactly
that and creates a still life on her face with a variety of objects. They tumble down, sometimes, push
another object out of the way, take a partner with them on their way down. Some stay put balancing
on top of a cheek or lying down across an eyelid. What seems heavy might then appear light. 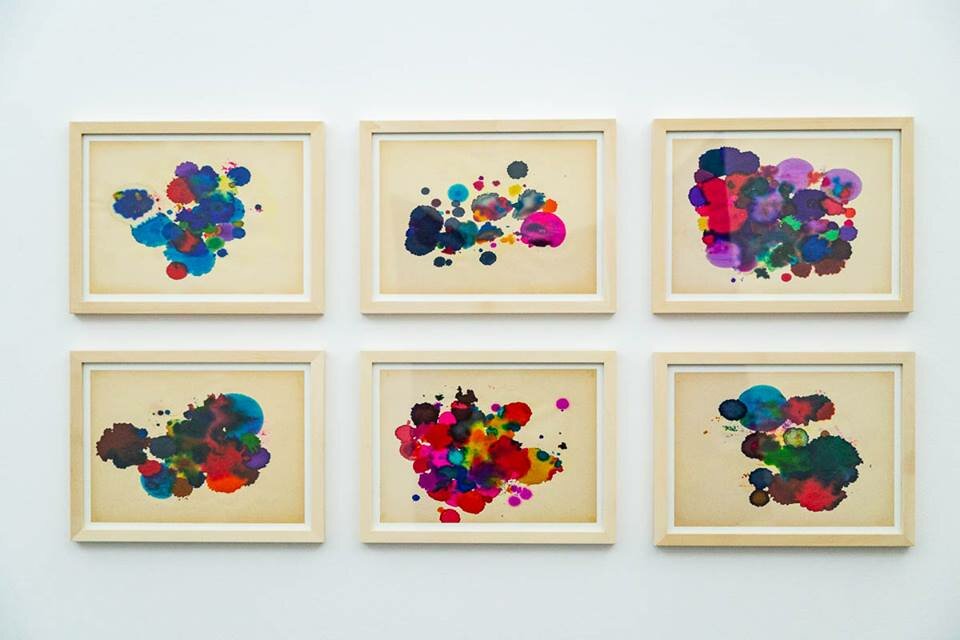