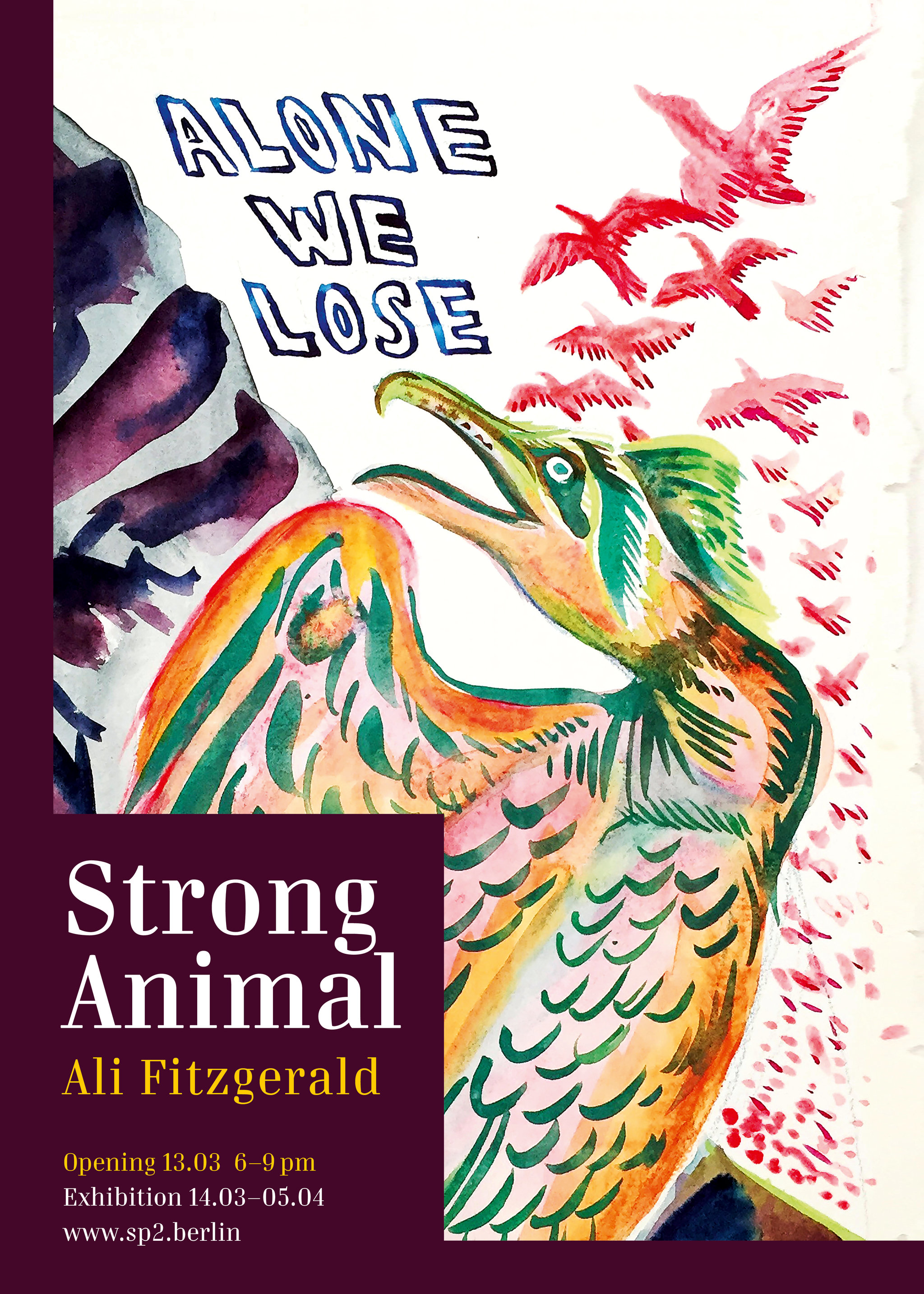 In cinema, a post-apocalyptic world is often portrayed in ashen grays as a Mad-Max-desertscape devoid of life. But what if the emergent earth is teeming with rich, nuclear colors and animals thriving in our absence?

In Ali Fitzgerald’s new exhibition, “Strong Animal,” the “vermin” we once lived alongside are the protagonists of a post-human society. Rapidly evolving flora and fauna are tinged with nuclear florescence, and rising sea levels have returned Berlin to its marshland origins.

In her series, “Bombweed,” Fitzgerald uses the language of botanical illustration to envision the mutated, perverse beauty of flora after an environmental collapse. She paints the imagined, entwined, and twinned flowers which flourish in our bombed-out locales.

In “Strong Animal,” Fitzgerald uses sensual lines and satire to force into view ethical and existential questions like, “How is propaganda constructed?” and “What happens when we’re gone?” and, “Will it be beautiful?” 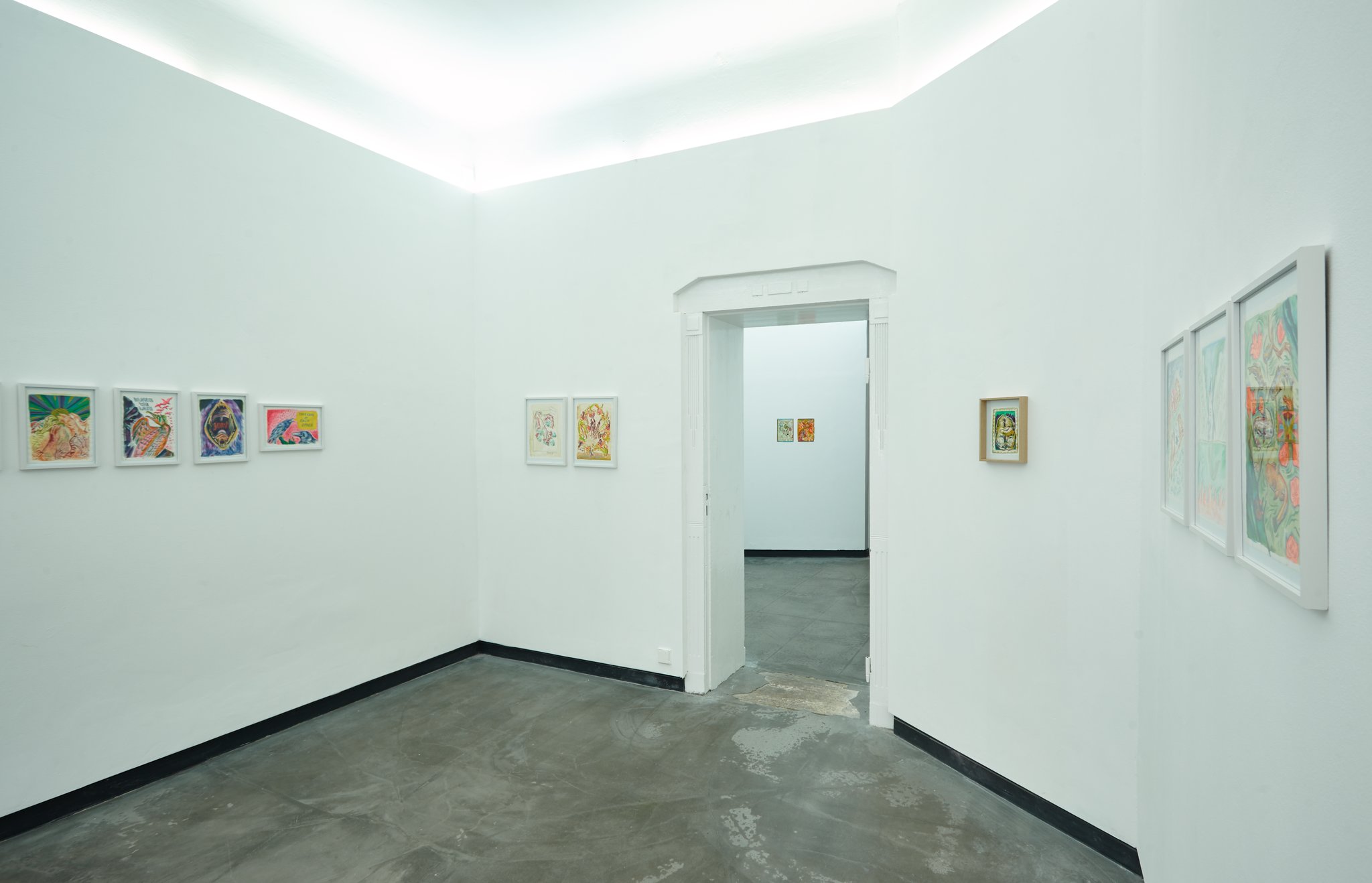