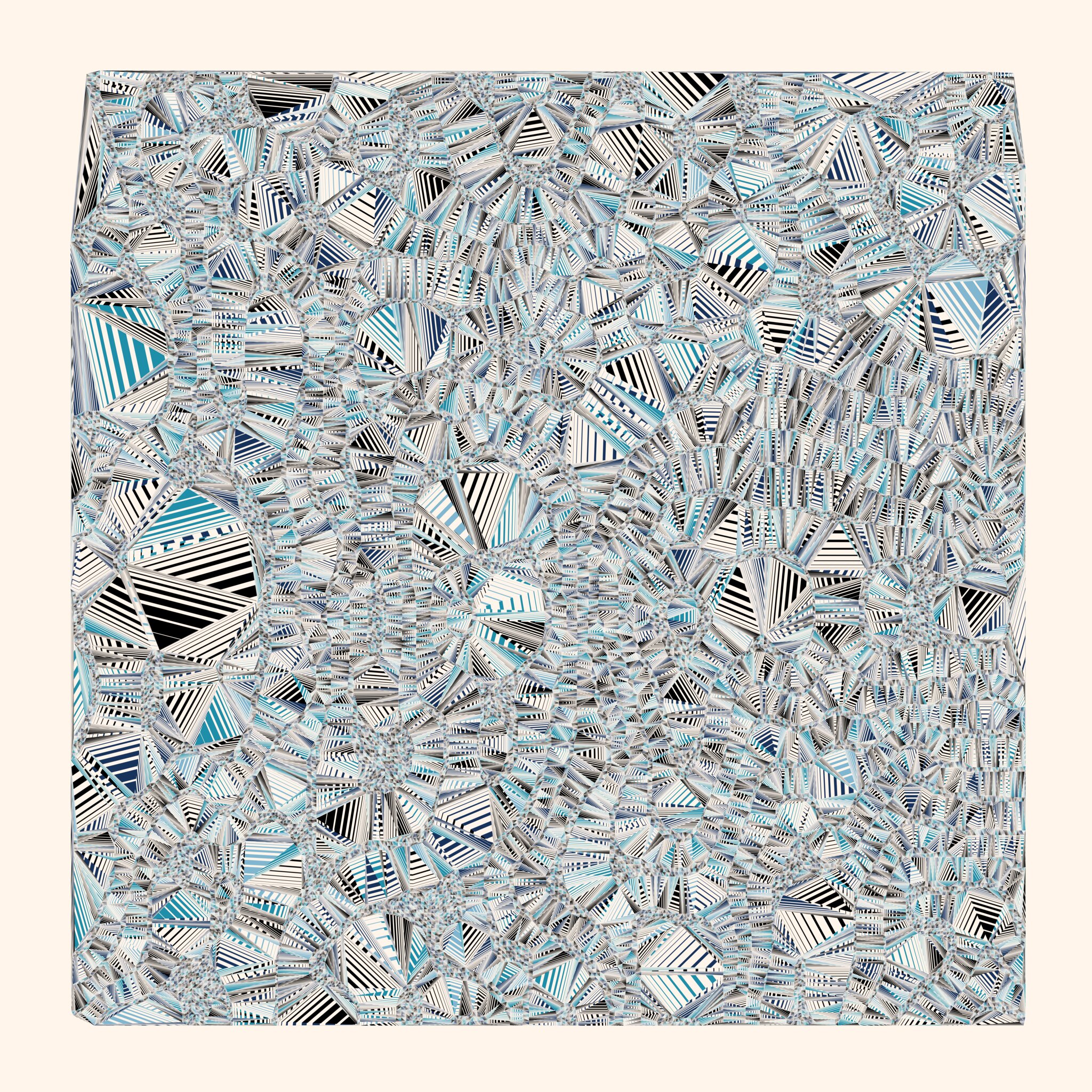 Before generative art became the global art form emblematic of our increasingly digital lives, it debuted publicly in Germany in 1965. Georg Nees’ Computergrafik at "Studiengalerie der TH Stuttgart” was the world’s first exhibition of programmed art. Upon glimpsing his machine generated drawings for the first time, Nees remarked, “Here something is emerging that will not again disappear.”

Nearly 60 years later, this exhibition, resonating with the prescience of Nees’ words, acts as a conversation between an art form utilizing the architecture of our digital lives, code, and the history of 20th century art. As Frieder Nake, another German pioneer of computer art said, “[Artists] engage in virtual discourse with those before them, decades ago or even centuries…They discover that what they had done so far was part and parcel of wonderfully silent conversations they had been engaged in without knowing.”

The exhibition, a celebration of these “wonderfully silent conversations,” invites the viewer on a journey to experience generative art’s compositional complexity, levels of abstraction and, most of all, its versatility. The works presented here by ciphrd, Ryan Bell and Leander Herzog span from a constantly evolving and infinitely variable figurative piece, to a printed composition with a fixed form, to an entirely abstract interactive ode to Minimalism.

Beginning with the most visually complex and least abstract, ciphrd’s Ethereal Microcosm #12 explores “algorithmic organisms in a contained environment,” showcasing the robust possibilities of what programmatic art can achieve. Compositionally, Ethereal Microcosm #12 combines the spontaneity and natural inspiration of Abstract Expressionist Joan Mitchell’s Hemlock, with the arrangement of Wassily Kandinsky’s Circles in a Circle, producing an animated, living offspring. With ever-changing patterns that evolve, interact and mutate infinitely, each time you return to the piece it is different, just like the viewer. ciphrd imbues Ethereal Microcosm #12 with a soul and vivacity that feel surprisingly real. Philosopher Max Bense described Nees’ 1965 graphic works as “Artificial Art”; in 2022, ciphrd created artificial life.

In contrast to the endless compositions and dynamism of Ethereal Microcosm #12, the fixed forms of Ryan Bell’s Fragments of a Wave #26, #250 and #376 highlight generative art’s roots in geometric abstraction without sacrificing visual complexity. As the name implies, Fragments of a Wave also plays with the notion of continuous movement, yet they are static. Drawing the viewer in and encouraging a close inspection and appreciation of each piece’s intricately detailed patterns, palettes and rhythm, the pieces conjure the densely packed, colorful forms of Paul Klee’s Highway and Byways. While Ethereal Microcosm #12 takes full advantage of the digital medium, Fragments of a Wave reminds the viewer that artwork with a final result can be just as satisfying as the infinite.

Finally, Leander Herzog’s Returns #90 eschews compositional complexity, finding inspiration from the Minimalist sculpture of Anne Truitt, the purity of Ellsworth Kelly’s form and color, and the boldness of Paul Kremer’s hard-edged compositions. Despite a more mid-century modern artistic language relative to the conspicuously digitally native Ethereal Microcosm #12, Returns #90 explores two pillars of generative art, interactivity and randomness. A simple click on the piece reveals continuously unique compositions changing at random. With generative art, even the apparently simple can still push the boundaries of what is achievable in art.

(Fragments of a Wave) 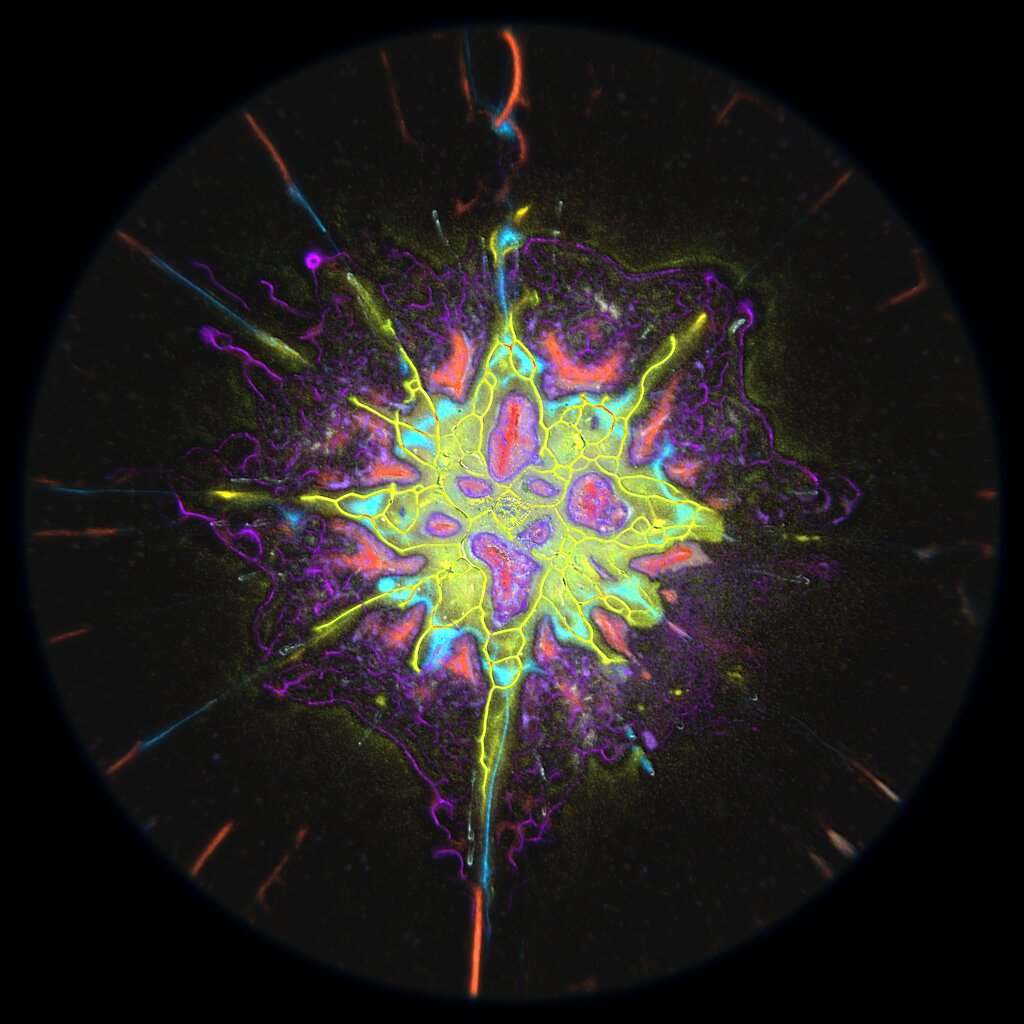 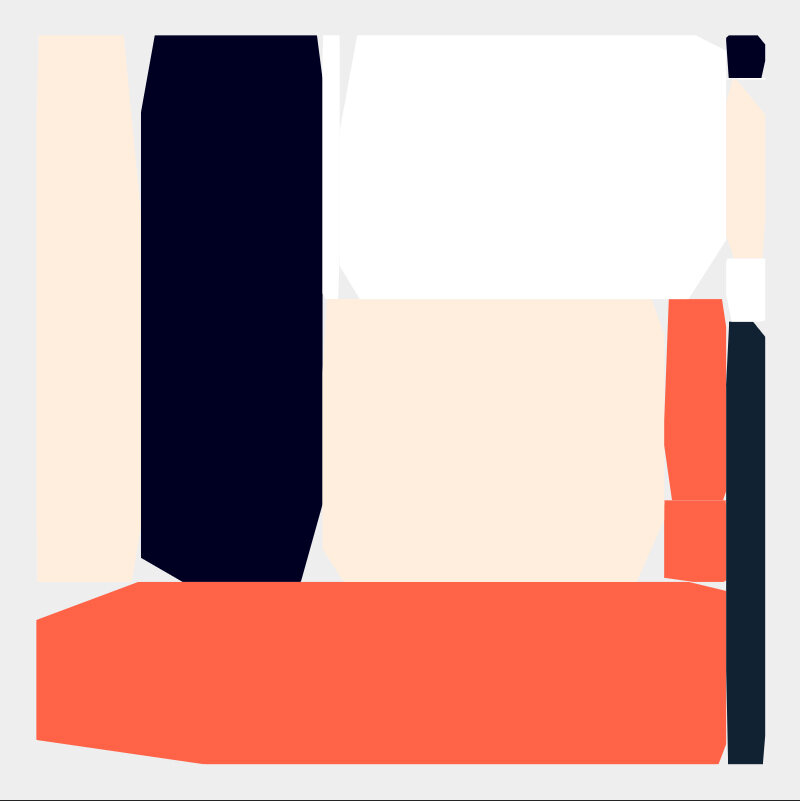